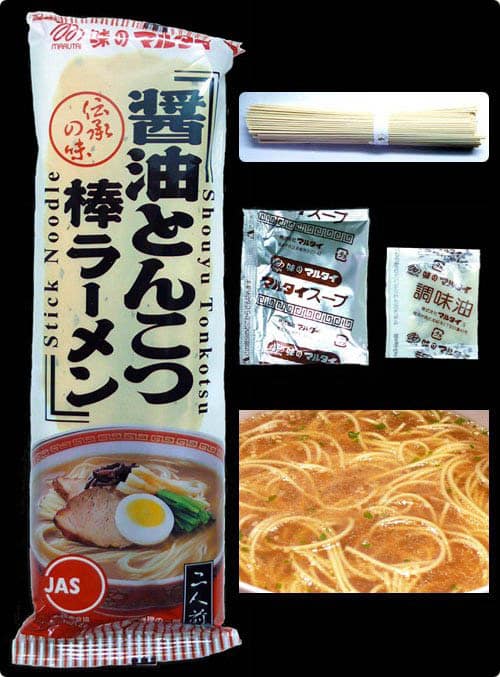 This stick ramen has a shoyu tonkotsu base and the seasoning packet comes with a handful of sesame seeds and dried green onions. The soup has a heavy sesame smell, and is lightly flavored. There barely a shoyu flavor and not much tonkotsu. The flavors are entirely overwhelmed by sesame.

The instructions call for cooking the noodles for 2-1/2 mins, which is much too long. The soggy noodles are too slippery and not absorbent enough. Instead of working together, there’s too much of a contrast between the taste of the noodles and the soup.

Even though this tonkotsu-shoyu stick ramen ends up tasting like Chinese sesame oil noodles, the flavor does grow on you. If you’re looking for something a bit different, Marutai’s stick ramen is worth a try. It gets a 6. 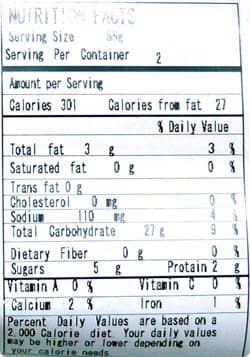