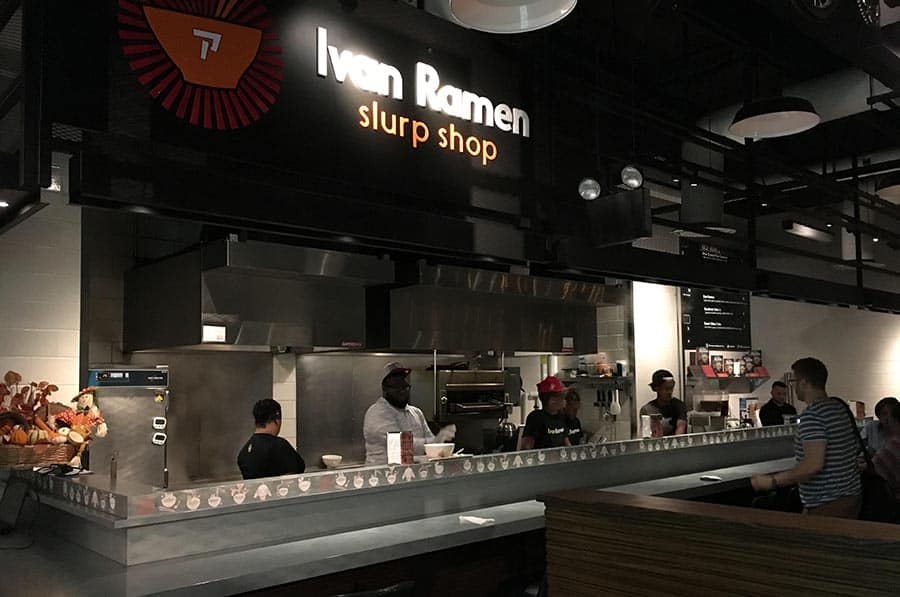 I’ve been wanting to try Ivan Ramen ever since I’ve heard of him years ago when he became well-known in Japan. Now that he’s opened multiple locations in New York, I finally had a chance to try it.

I wasn’t able to make it to his main location, but his Slurp Shop at the Gotham West Market was within walking distance of my hotel. Score! 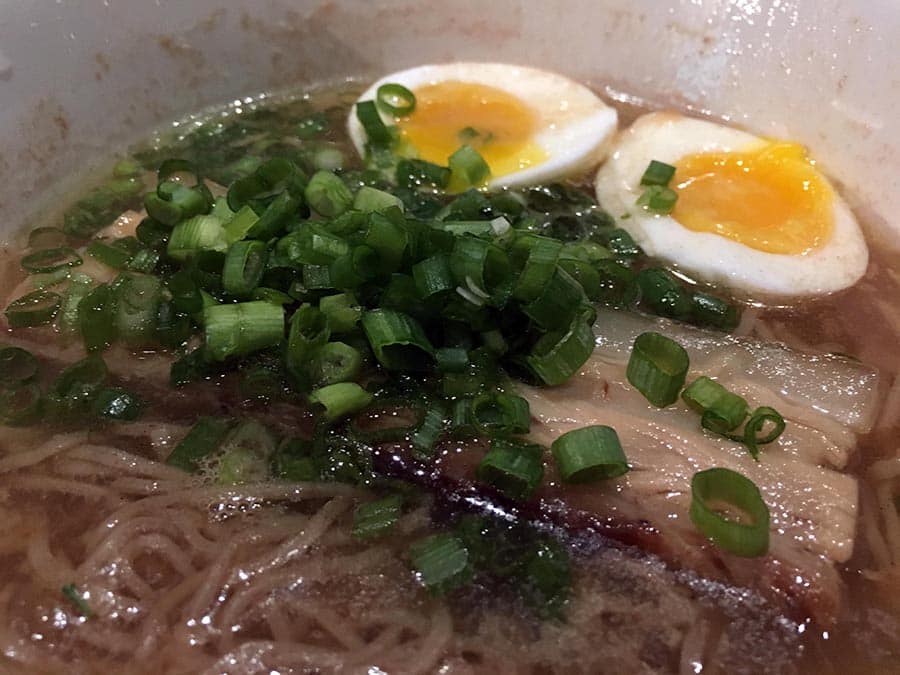 I opted for his Tokyo Shio Ramen, which he’s famous for in Japan, plus a side order of egg. The broth has a heavy dashi flavor: less traditional “shio” and more fish and kombu with touches of the chicken broth that the soup is made with. It’s a great “clean” flavor that light and not very salty and it’s absolutely delicious. The interesting skinny rye noodles do a good job of holding the soup but could’ve been just a bit harder. It’s almost like a bowl of ramen with buckwheat soba noodles, yet it’s also very ramen-like. Different, yet familiar is the best way I can describe it.

The chashu was good, with fatty and lean bits. I wish the two parts blended a bit better, but it was still tasty.

I was disappointed with the egg. It wasn’t marinated and had a bland flavor, though it had a nice soft texture.

I did enjoy it, overall. The soup and noodles were spot-on, and I wish there was more soup to slurp. Those of you looking for a “true authentic” Japanese ramen may be a bit put-off by the twists, but if you go in with an open mind, you’ll be happy with Ivan’s creative twists on a shio ramen.