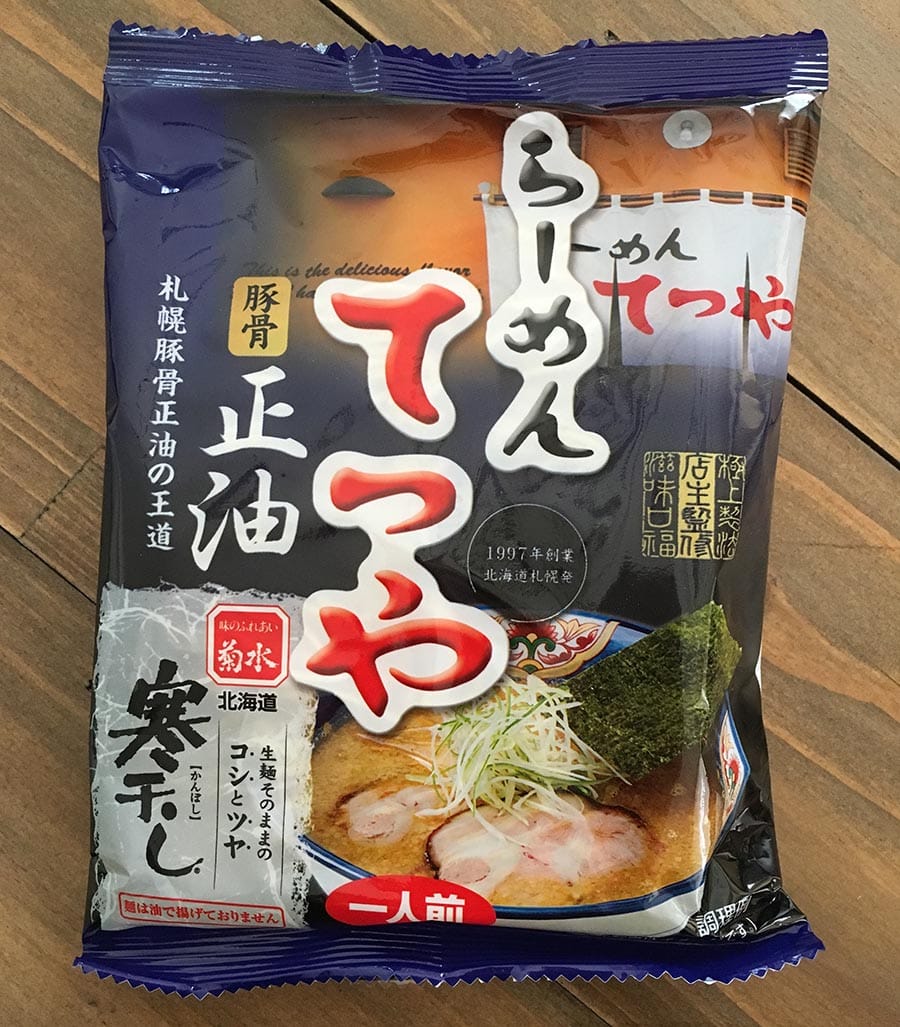 Tetsuya is a ramen shop in Sapporo Japan that’s been open since 1997, and this is the instant brick version of their tonkotsu-shoyu ramen. This instant ramen also tries to be a bit healthy, with noodles that aren’t fried in oil like most other brick ramen. 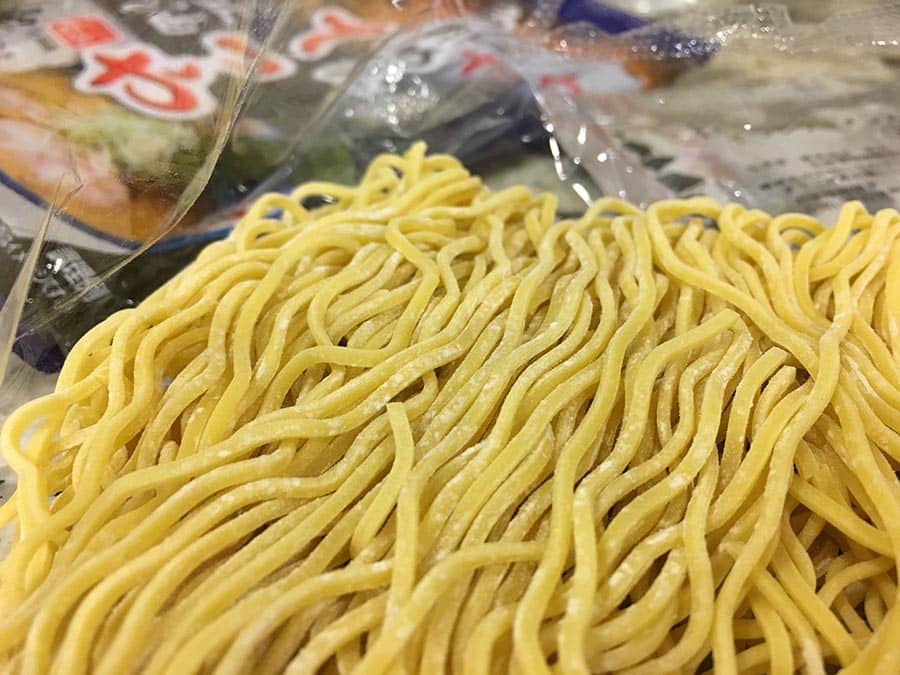 This was great! The Tetsuya ramen has a satisfyingly rich tonkotsu flavor that’s more porky than creamy, which I like, and there’s a mild shoyu flavor that balances it out. It actually tastes more like an especially rich shoyu ramen.

The noodles are nicely al dente, even after cooking it for 5-1/2 mins. It’s a bit thick, almost spaghetti-like, but extremely good for brick ramen. It almost rivals nama ramen.

This is one of the best brick ramen I’ve ever had!

Another great instant ramen thanks to the jmyths.com folks. Check out their selections of straight-from-Japan instant ramen. (Note that their web site can be a bit unstable, so keep trying if you have trouble accessing it.)

And Ramenate has a nice writeup of the actual Tetsuya in Japan.