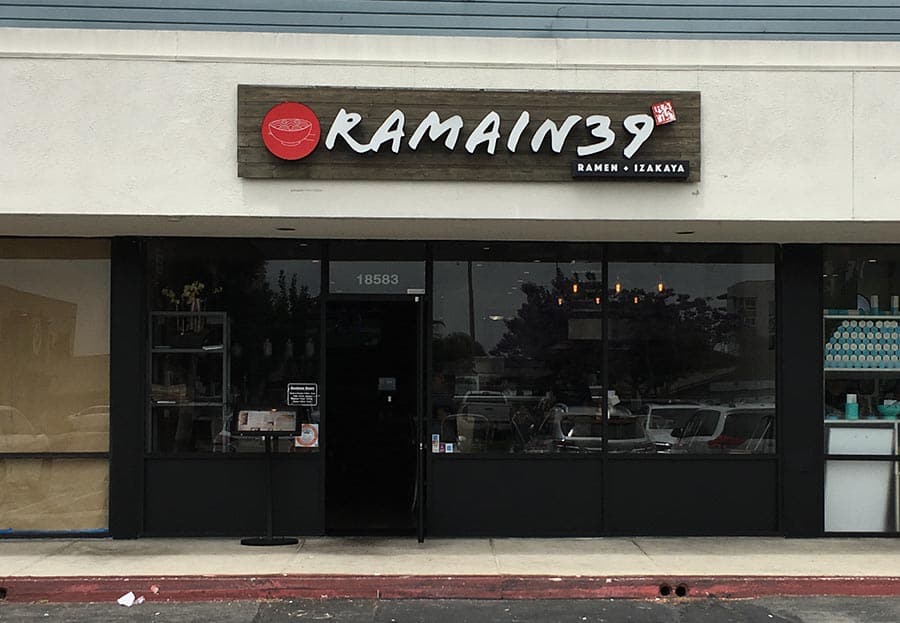 Another day, another new ramen shop! Ramain39 (named after the intersection they’re on), opened just a couple of months ago and still has a slight “new store” smell.

Ramain39 specializes in tonkotsu, so I went with the black ramen version. I was warned it’s spicy. Bring it! The fully loaded ramen comes with black bonito, green onions, seaweed, bean sprouts, bok choy, black garlic oil, a dash of sesame seeds, chashu, and half of a soft boiled egg. 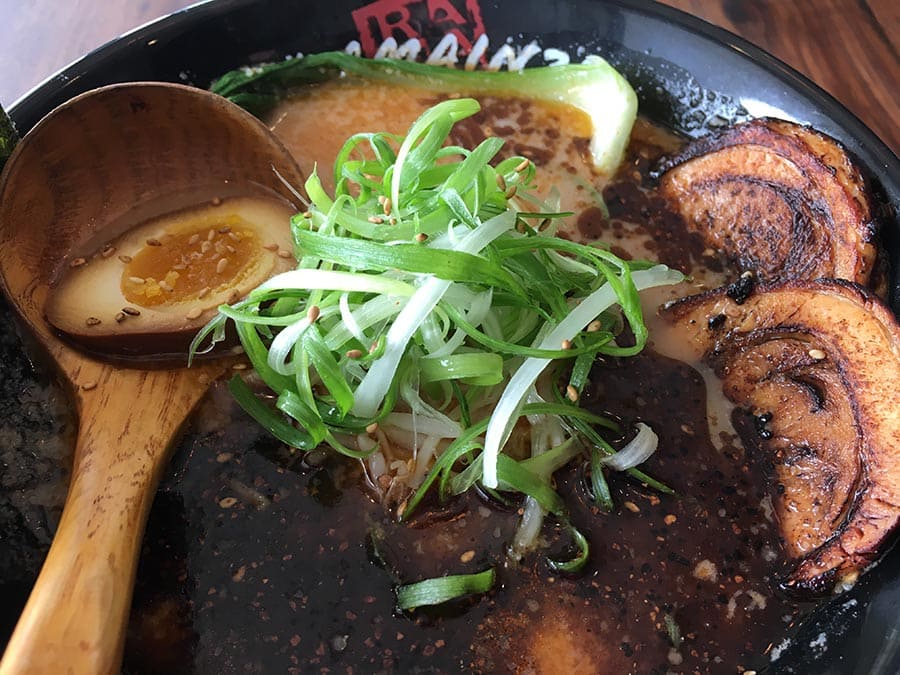 For something that’s so loaded and supposedly spicy, it was lighter than it looks, but not spicy at all. But it’s still very flavorful. The “12-hour bone broth” soup is creamy, lightly garlicky, and not too heavy. The chashu was on the lean side and has a delicious char. The perfectly-seasoned egg was absolutely great!

I didn’t know what to make of the bok choy, but it held up surprisingly well. I thought it would detract from the ramen, but it actually soaked up the soup flavors and was tasty.

We also tried the tsukemen, which, besides having a beautiful presentation, was fantastic! The dipping soup has a small flame under the kettle to keep it very hot, which adds to its “thickened house pork broth” flavor. The noodles are thick and bouncy and perfectly chewy.

The dipping soup is really good! There’re chunks of sautéed onion and pork in the soup, and even though it’s got the intensity of a soup that’s meant to be used as a sauce, I managed to drink most of it. The spring onions give the overall flavors a nice bite, and the bok choy cuts the heaviness of the soup. And you also get the delicious egg and chashu.

It feels like Ramain39 was designed to be a social-media friendly place. It’s apparent that they really care about presentation, and I couldn’t stop taking pictures. They also have great service, and if you’re interested in the other izakaya offerings, there’s a happy hour (3-6pm & 8:30pm to closing).

Ramain39 is another great ramen shop and worth checking out!