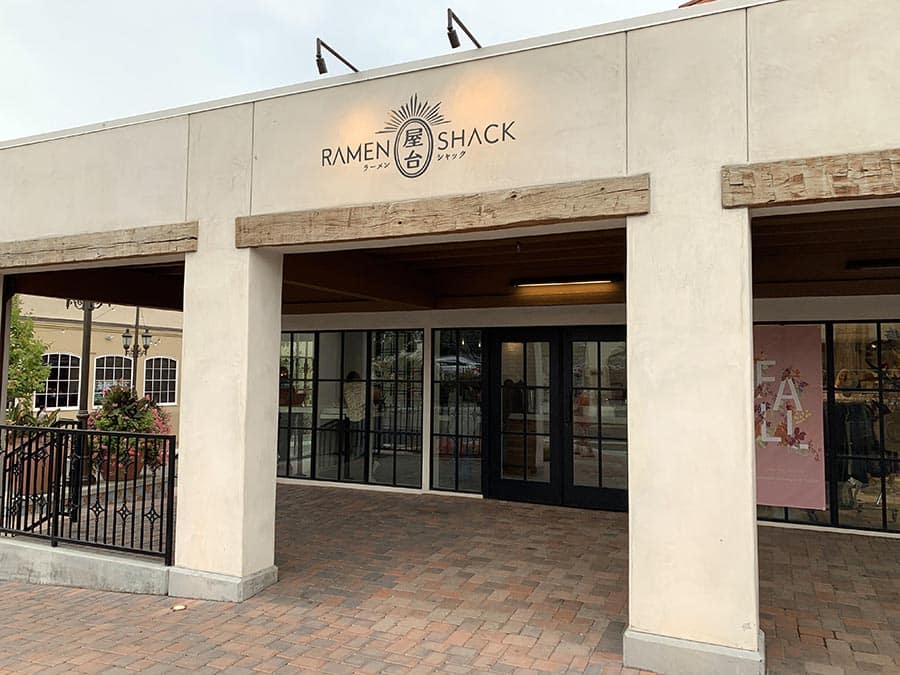 If you’re a regular to this blog or to the ramen scene, you probably already know or have heard of Keizo Shimamoto, the ramen wizard who quit his job to pursue ramen full time and who invented the ramen burger sensation.

You may also know that Keizo had a thriving ramen burger stand and popups as well as his Ramen Shack ramen shop in New York.

Good news…Keizo’s back in California! And he brought his Ramen Shack with him! The Ramen Shack is now in a soft open, serving a huge repertoire of ramen goodness, from his creative ramen offerings, to, yes, the famous ramen burger. (And yeah, they have boba. I guess that’s like saying a place has water.) 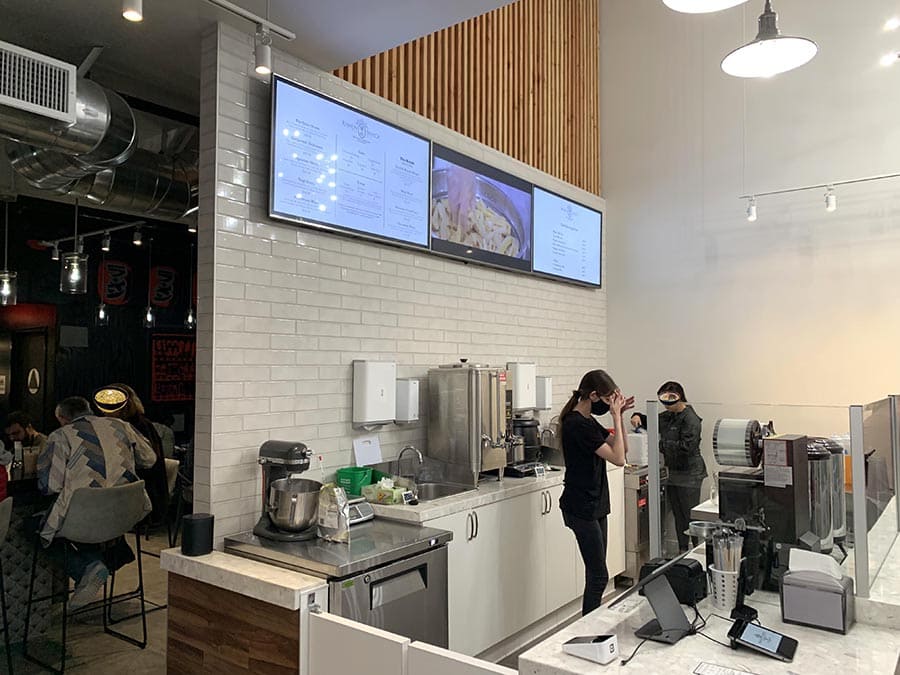 I went on during off-hours on a weeknight hoping to avoid the crowd, but the place was still crowded. I brought backup because I couldn’t make up my mind which ramen to try. We were not disappointed.

First, know that this is a 21st century restaurant where everything is done online. I’ll explain more later for those of you who aren’t used to this, but you’ll see this sign at each table. That’s how you’ll access the menu and place your order. Don’t worry, though. Even if you left your phone at home, the helpful and attentive staff will also be happy to help you.

Next up, the Quiet Storm with a “rich 13 ingredient broth” and a bounty of toppings…chashu, spinach, menma, scallions, and naruto, plus a piece of nori.

The soup is almost gravy-like rich, with so many intermixed flavors…it’s like a surf-n-turf umami bomb with bonito notes bringing up the rear. It’s very rich and deeply satisfying. The noodles were perfectly chewy and really soaked up the soup. And the chashu was top-notch. This is perfect comfort food for the upcoming colder weather.

The encore piece was the “Infamous Green Curry” ramen. This seemed like a slightly lighter version of the Quiet Storm with the added green curry. There’s spinach and green onions, menma, small slices of red chilis, cilantro and naruto (the eggs are extra). The chicken “chashu” was surprisingly tender and flavorful for being thick slices of white meat chicken.

And the soup…the soup is…it’s a revelation! Even though it’s right there in the name, the green curry flavor is still a bit of a surprise, and the taste swirls around your tongue and becomes a prominent but perfectly balanced part of the soup. It adds just enough kick and bright spice to the soup but it’s not overpowering. The noodles soak up the flavors and add their chewy sturdy texture, and the combination is just amazing.

This ramen really gives you a taste of Keizo’s creativity, and should be on the top of everyone’s “to try” list.

We also ordered some ajitama soft-boiled eggs. The eggs were perfectly cooked and seasoned. I could eat these all day.

Once words spreads about Ramen Shack, expect long lines and long waits. Even though they’re still working out some typical soft opening kinks (the ramen can take a while, but they’re worth the wait!), the Ramen Shack is one of the most exciting ramen openings around.

Step 1: scan the QR code from your smartphone. It should open your web browser and take you to an ordering web site that’s specially coded to your table/seat.

Step 2: Look through the menu and place your order. Be aware that some items may have different options (thick or thin noodles, for example).

Yes, the Ramen Burger was sold out that night. 😢

Step 3: Enter your credit card info to pay, and you’re set. You can always rescan the QR code to place another order if you need more food.
Note that tip is already included, though I’m sure they wouldn’t mind if you left more.