Ok, so it happened in Taiwan, but… “The Taichung branch of Taiwan High Court on Tuesday sentenced a blogger who wrote that a restaurant’s beef noodles were too salty to 30 days in detention and two years of probation and ordered her to pay NT$200,000 (roughly US$7k) in compensation to the restaurant.”

Apparently, the blogger also wrote that there were cockroaches and that the owner was a bully. The court ruled that the bit about cockroaches was not intentional slander. Whew. But “the judge also ruled that Liu should not have criticized all the restaurant’s food as too salty because she only had one dish on her single visit.” W.T.F.??

via boingboing via Taipei Times 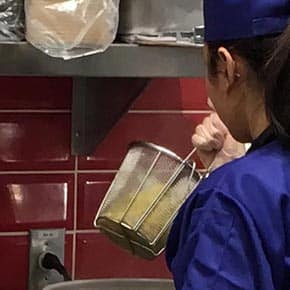